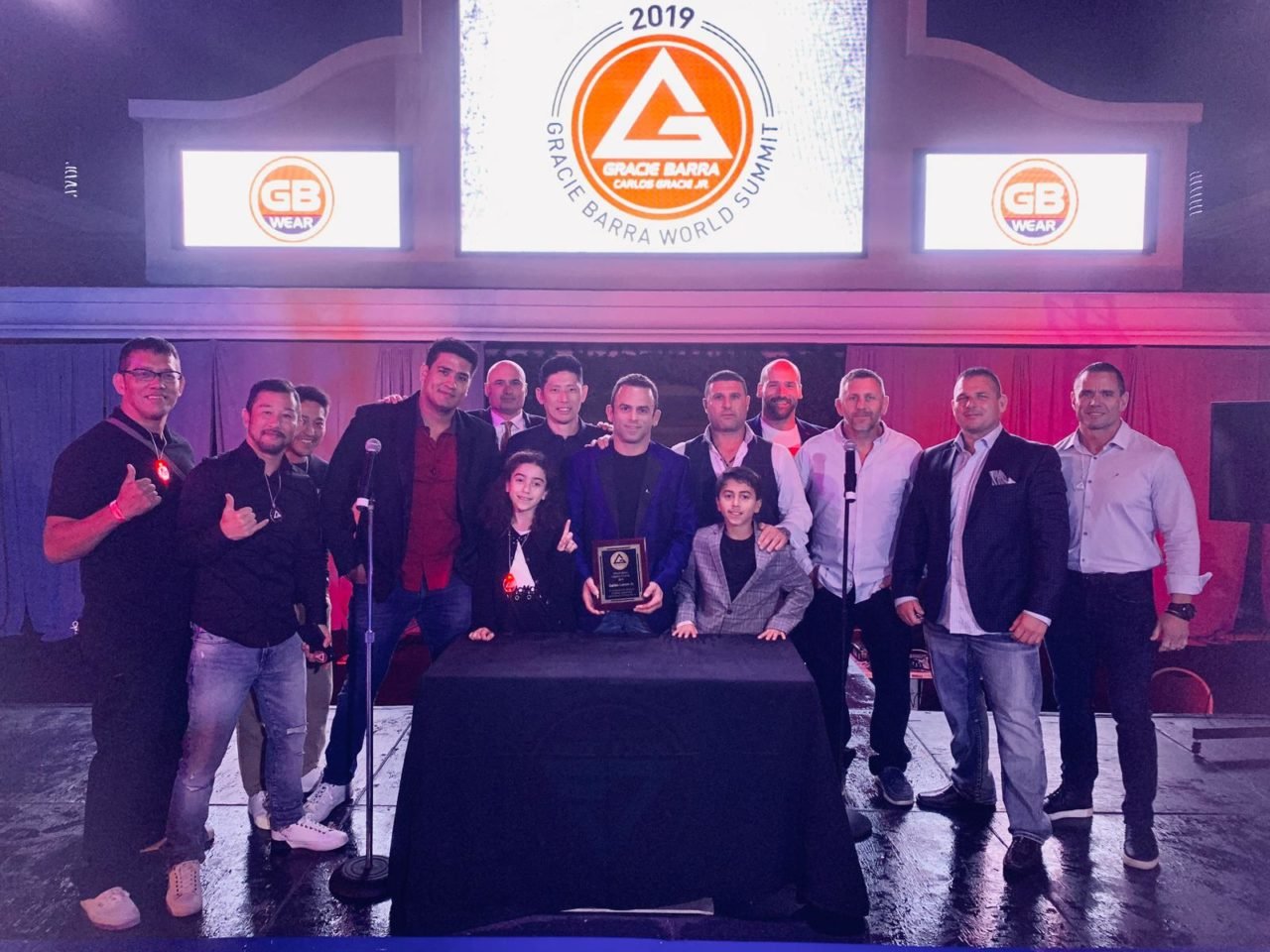 On Saturday, October 5, 2019, our very own Professor Carlos Lemos Jr. received the inaugural Legacy Award award for his over 25 years of dedication, commitment, and loyalty to Gracie Barra.

The awards ceremony was held during dinner on the second night of Gracie Barra World Summit 2019 as part of a 3-day event held every two years where leaders and members of Gracie Barra academies from all over the world come together to celebrate the three pillars that make Gracie Barra the largest and most successful Brazilian Jiu-Jitsu team in the world: GB Legacy, GB Jiu-Jitsu, and GB Competition Team.

To conclude his speech, Professor Carlos thanked Master Carlos Gracie Jr. and ended with the words “I know I made the right choice.”